My favourite thing to eat for breakfast has to be porridge (although French toast is always brilliant when I have time)- specifically peanut butter porridge, so it reminded me of an argument I recently had with my sister over peanut butter. She doesn’t like it…. I don’t think we can be siblings anymore:( So, to bring her to the dark side (and in celebration of a new type of peanut butter I discovered – it tastes like Ferrero Rocher but better), here are 10 ways to use peanut butter. Hopefully some are new ideas.

The queen of them all, peanut butter porridge. Simply stir a tablespoon into a pan full of porridge and serve hot:) You don’t need anything else. I find that a little sachet of oats (Sainsbury’s are around 30g) with 200 – 250ml of soy (or any other kind) milk and a tablespoon of peanut butter works very well. And the best part is, it will only take about 10 minutes to make (because, as much as I would like triple chocolate waffles with French almond and coconut home made coconut ice cream and banana fritters, I rarely have more than 15 minutes for breakfast). You can find a recipe for my peanut butter porridge here 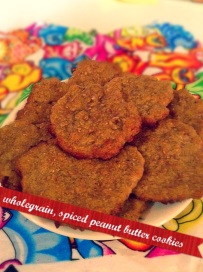 Simply replace the butter in your recipe with peanut butter, this works with cakes too, but be careful as it can make them a little denser. But in biscuits, it makes for a lovely buttery texture and either a sharp crunch, or soft chew (depending on how you bake them). It also means you get the signature peanut butter taste. I recently tried making cookies with peanut butter and apple sauce. I don’t usually put applesauce in my food (as far as I’m aware, it’s a sauce for Sunday roasts, so I don’t have any need for owning any) but this was actually delicious, and sufficient evidence for me to try using it more often. I’ve heard rumours of PB creeping into bread dough too which sounds pretty amazing!

Straight from the pan, lather on some peanut (or other nut) butter. If you get it right, you can end up with a creamy but hard peanut shell – or just a delicious melty mess. Add yoghurt, or cut into little fingers:) My favourite combination is cashew butter with a few normal cashew nuts and raspberries. 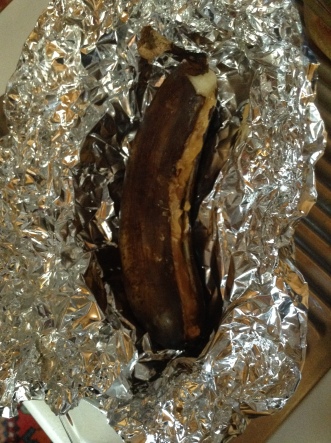 4) Sailing away on a banana boat

Slice the banana down the middle (oh dear, I sound like a fruit version of jack the ripper – talking of fruit, did you know bananas are berries?!?!) then spoon in a line of peanut butter and bake for around 20 minutes at 180 degrees Celsius (or just until it goes brown). The result – gooey, sweet and salty banana heaven! What’s more, bananas are one of your five a day, w

hich means you can eat five of these a day, right? I may have fallen asleep during that biology lesson… Find the recipe here.

You know you have a good chocolate mousse recipe when it is the same as your frosting recipe. I feel I should say icing, that seems more British, but I personally think frosting is very different to icing. I always think of icing as being too sweet and runny. Frosting is more flavoursome with a good texture.

You’ve probably heard of tofu mousse (if you haven’t, sorry for that shock, it

sounds disgusting I know – it is nice though, honest), and by adding a spoonful of peanut butter, you can transform it. Creamy, rich and thick with a subtle twist. However, you can take it one step further by adjusting the recipe to make an amazing frosting/moussting. If I remember correctly, about a 1/3 of a cup of peanut butter with 1.5 tbsp cocoa powder, 4 tsp of sweetener (like agave or maple syrup – 2 tsp of truvia works though), about a quarter of a block of tofu (roughly 100g, you can easily leave this out – but it will be very rich!)  and some sort of milk to get the right consistency. As you can tell, I don’t make a habit of following a recipe. It changes each time depending on what I have, and what I feel like. You can also add some coconut milk, chocolate spread, vanilla essence or even melted chocolate. Go wild! Oh, and lock up your spoons if you want to have enough to ice your cake. Chocolate Covered Katie has some very good frosting ideas that are similar to this, you can find her frosting section here. Quite a few of my favourite treats were inspired by her blog, so if you like anything I write, it could possibly be thanks to one of her posts.

Super easy. A banana, 1/2 cup of peanut butter, some coconut oil if you have it (I only have it from when I made my sister a coeliac version of her favourite chocolate bar, bounties) some sort of sweetener to taste and a splash of vanilla. Again, add what you like. Then pop it in the fridge until it’s hard. It is a good idea to keep it cool to stop it melting, but it won’t matter. Oh, and adding pecans makes a big difference.

requires a bit of a knack though, as it can end up with lumps of butter floating around. For the best result, heat the peanut butter then slowly add a bit of very hot water, sweetener and cocoa, stirring constantly. When it forms a paste, add some more water and stir again. Continue until it is runny but still thick then add your milk. This should prevent the dreaded lumps. Careful you don’t make yourself sick though – if you could get danger signs for rich food, there would be a big one next to a cup of this.

Don’t worry, I haven’t gone mad! This is quite a common occurrence in African stews. The peanut butter adds a lot of depth to the flavour as well as providing a creamy sauce. My favourite recipe for this is one by the vegan society which I tried about a year ago and loved!

I really like yoghurt:) It is my poorly food. Whenever I have a sore throat, or feel down, yoghurt is there to soothe and comfort. And the best part is that you can cover it in anything! Nuts and fruit are obvious, but drizzled nut butter (especially almond – let’s not limit ourselves to just peanut butter) can add the perfect combination of sweet and salty. More importantly, it means you can draw smiley faces on top of your yoghurt:)

10) The most obvious way

You know, for when you can’t be bothered to actually make something.

Let someone else know:

Please let me know what you think! Cancel reply

Follow A cat, a book and a bowl of soup on WordPress.com 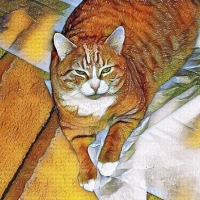 A helper guide to biology students

For Students, From Students
THE PORTAL

LESSONS AND IDEAS FOR ALL AGE GROUPS

A bit of entertainment, a dash of awareness and a whole bunch of vocal cats!

Views and Mews by Coffee Kat